Stirling Castle is simply everything I want in a castle. It’s rustic, historic, rambling, the walls simply seem to be alive with the generations who walked these corridors, and the voices of the ages seem to speak from within. It has grit, just like the Scots themselves. And because it wasn’t overrun with people on our visit, I actually had the opportunity to soak that all in.

Sturdy Stirling Castle sits atop a volcanic Crag. It has a long storied history and name dropping is part of life here at the castle. It claims associations with some of the biggest names in Scottish history. In 1297 William Wallace fended off the English here as did Robert the Bruce at the battle of Bannockburn in later years. Mary Queen of Scots was crowned here in 1543. This castle is over 1,000 years old but mostly rebuilt. For this reason, my travel guru/idol Rick Steves says that it lacks the patina of age. I tend to disagree with him on this one. The atmosphere was such that it was sufficient to get my imagination going! I could easily imagine myself having a long conversation with Mary Queen of Scots in a courtyard here, or maybe eaves dropping on military strategizing from The Bruce or even Braveheart himself. Discover more about the history of Stirling Castle and the people who lived here. 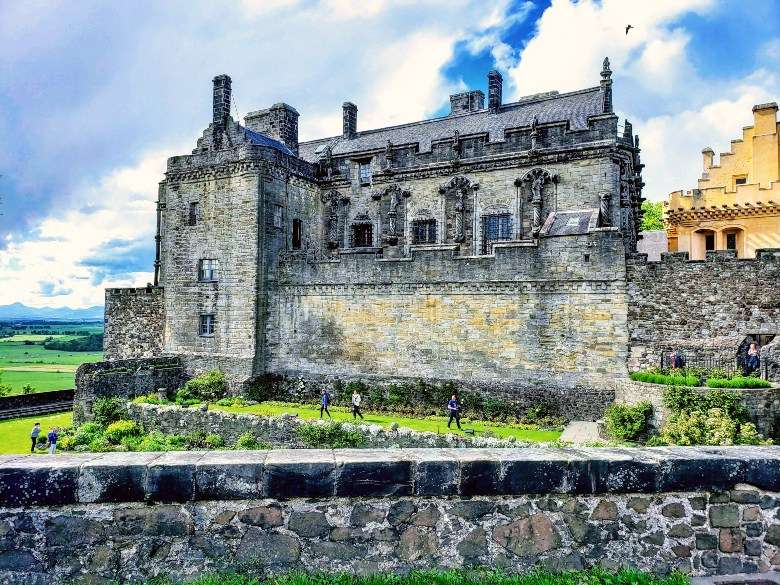 When to visit Stirling Castle

The rule of thumb for avoiding crowds at popular tourist sites is to go early or late in the day. By the time we got to the castle, it was later in the day and after taking the last (very informative) tour of the day, we were absolutely trilled to find that we practically had the large rambling castle all to ourselves! See the Stirling Castle website for complete visitor information. You may wish to review the map of the castle and grounds to familiarize yourself with the area since much of the tour can be done on your own. Check this page to make sure you don’t miss anything!

Video: Check out a short clip of the Stirling Cast tour on my youtube channel.

some of my favorite nooks, crannies and recesses: 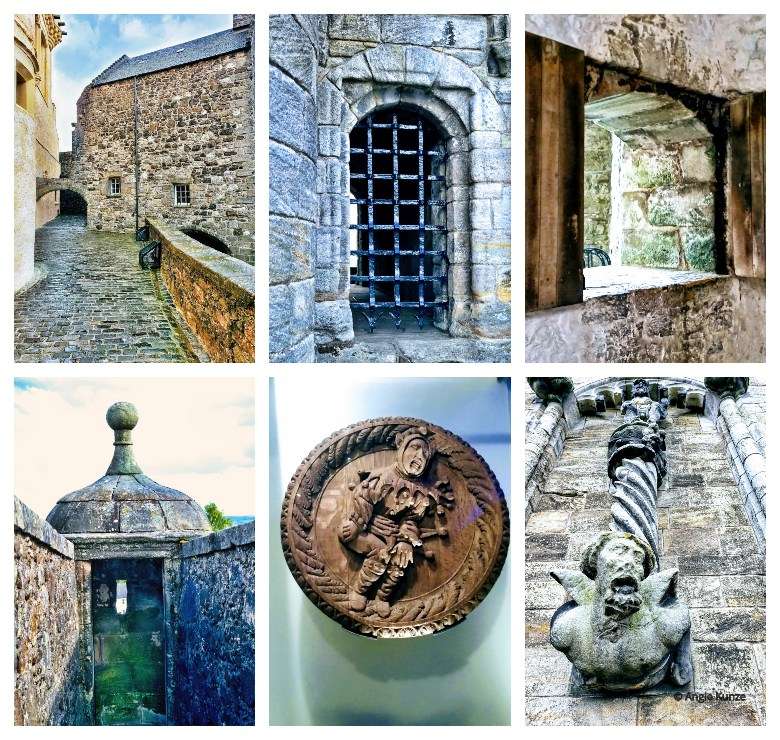 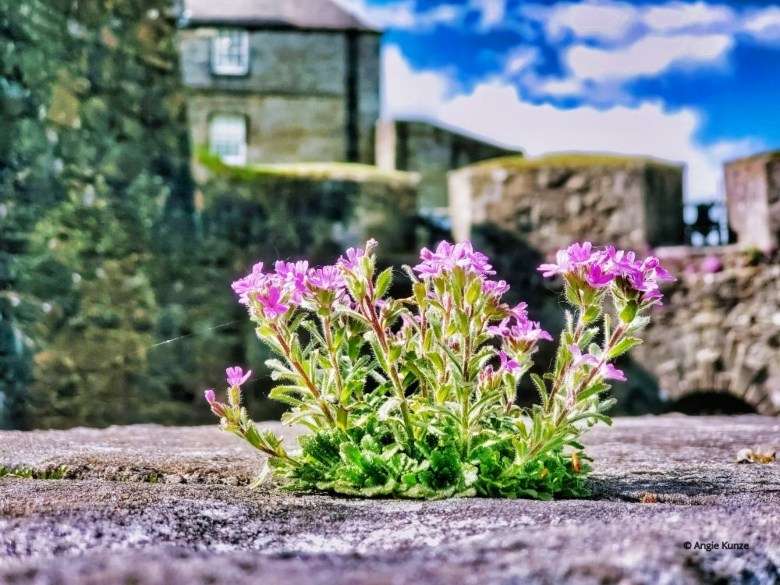 The castle kitchen, depicting a bustling scene full of castle workers and food: 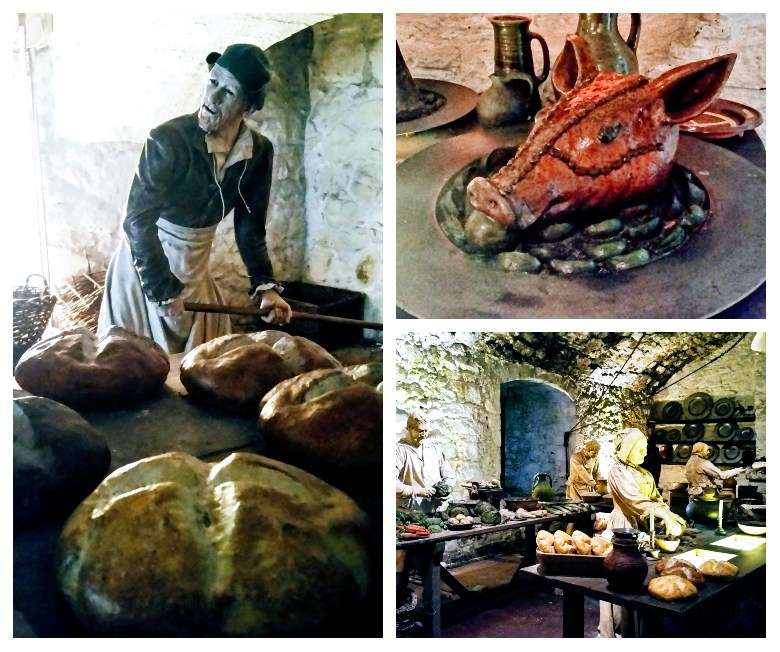 King Robert the Bruce, a Scottish hero, is depicted in different places around the castle. 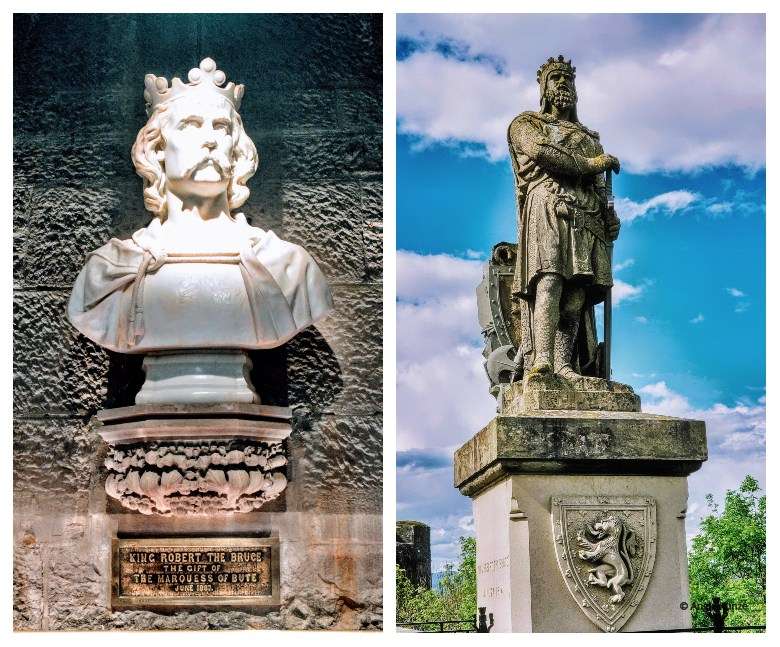 ramble along the castle ramparts: 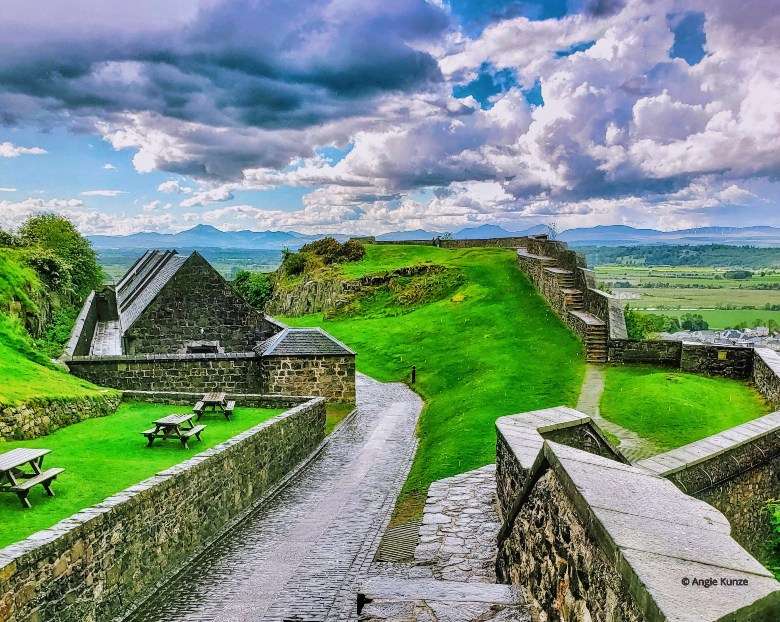 where to eat when visiting Stirling Castle

There is a cafeteria at the castle but upon inquiring of a castle guard regarding an unusual or interesting spot to eat in town, we were directed to the Portcullis Restaurant at the base of the castle. Built in 1787, it has just the character I was craving and the food was delicious. 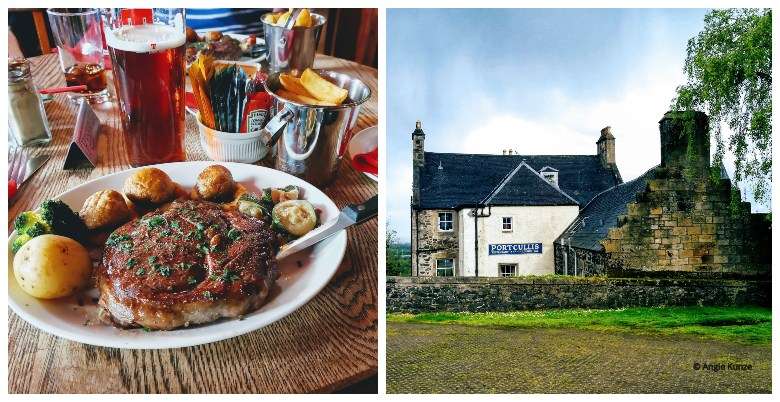 Looking for other day trip ideas from Edinburgh?

York is an easy train ride from Edinburg and a simply “must do!”

22 great things to do in York England for Couples, singles and everyone else!

Check out 15 Best Day Trips from Edinburgh by Train from Volumes and Voyages!

We toured Loch Ness as part of a whirlwind 14 day trip that included highlights in Ireland, Scotland and England! Get our free itinerary here!

Want to hear more about my travels around Scotland and the rest of our amazing planet? Be sure to submit your email address to my subscriber sign up at the end of the page to be the first to know when a new blog publishes!